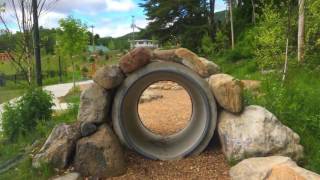 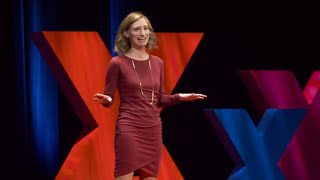 How ideas from children can help with designs 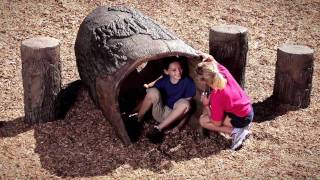 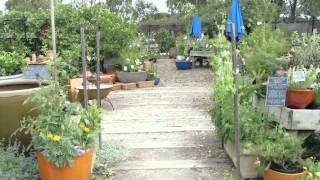 We Found an AWESOME Inclusive Playground 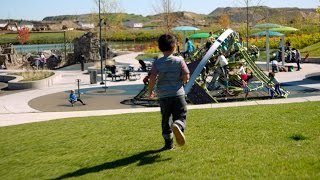 For a Better Tomorrow We Play Today - Landscape Structures

For a Better Tomorrow We Play Today

Council has worked with QM Properties to secure appropriate land for the proposed regional park in the Hatton Vale-Kensington Grove area. The park is intended to provide a range of recreational facilities that meet the long term needs of, and reflect the environment, in this high growth part of the Lockyer Valley. The park will be developed over 10-15 years to ensure sustainability, value-for-money and high-quality outcomes.
Council has conducted to rounds of community consultation with the results being used by specialist park consultants to provide Master Plan concept designs.
Construction of Stage 1 of Fairways Park is currently scheduled to commence October 2020 and be open to the public approximately July 2021.
The proposed site includes characteristics which consider opportunities for innovation and limitations such as environmentally-sensitive flora and fauna, geographic features which make level surfaces expensive to create, availability of utilities (power, water, roads and waste treatment) and the overall make-up of the surrounding localities.

The site for the park is on the east side of Fairway Drive approximately centralised between Stephenson Crescent and Arlington Way/Teak Street.

Phase 1 - Identifying and understanding community views, concerns and aspirations for the proposed parklands.

Phase 2 - Test and review concept designs for the Master Plan.

Construction of Stage 1 of Fairways Park is currently scheduled to commence October 2020 and be open to the public approximately July 2021.

For more information on what is in Stage 1 see the Concept Designs in the Document Library.

Fairways Park is a large project which Council is undertaking over 10-15 years, Multiple funding sources will be utilised at various stages to ensure value-for-money for ratepayers and sustainability for Council.

Stage 1 is jointly funded by the Queensland Government's Unite and Recover Community Stimulus program ($2.74M), the Australian Government's Building Better Regions Fund ($0.8M) and Council ($0.8M). This is additional to Council's purchase of the land.

Council appreciates the generosity of the Queensland and Australian Governments.

Park design will start with a relatively empty block providing an opportunity to take an innovative approach with layout and features. Designs will need to be managed within available budgets for both construction and maintenance and the choice of features and timing of installation of some features will be influenced by community consultation.

Council has approached the park design with an open mind and considered all ideas put forward by the community. Choices will have to be made by both the local community and Council about which features can be managed within designated and realistic budgets, which will include ongoing maintenance and operational costs.

One key guide for the community to consider is that Council is unlikely to install any features that would generally be a commercial venture such as an ice/roller-skating rink, bowling alley, cinema or water park. However, it may be possible for designs to facilitate some aspects of those ideas in a way which encourages commercial and community providers to run those activities.

The site is approximately 14 hectares (approx 400m x 400m) on the east side of Fairway Drive, Kensington Grove.
It contains approximately 2.5 hectares of remnant vegetation which would be kept as an environmental area possibly including walking trails.
Slopes of up to 5% on much of the land would require more expensive earthworks for some potential uses such as sports field.
Some parts of the site would not be suitable for various types of infrastructure including parking, buildings, playgrounds and sports fields but may be suitable for walking trails, and informal picnicking.
Additional roads would need to be constructed at various stages to meet park development needs. This work may be undertaken by, and as needed by, developers of adjacent estates.
Access to potable and non-potable water and installation of appropriate waste water treatment facilities and effluent disposal would be needed. The accessibility and responsible use of water may also add constraints to final components such as potential water-play features.
Settlement of the area dates from the mid 1800s, with land used mainly for farming, both agricultural and grazing. Some housing and population growth took place during the late 1800s and early 1900s. Population was minimal until the post-war years. Rapid growth occurred between 1991 and 2011, with the population more than quadrupling as the area opened initially as rural residential and increasingly as large residential homesites.
From the 1990's onwards, affordable residential development and its close proximity to Ipswich, Brisbane and Toowoomba make Hatton Vale and Kensington Grove popular localities to reside and commute from.
Hatton Vale is home to Hatton Vale Motel, Fairways Tavern and Golf Club, and the IGA Hatton Vale shopping centre, two child care centres and the Hatton Vale State School. The relaxed rural lay out of homesites, as well as close proximity to Ipswich and Toowoomba via the Warrego Highway make this a great location for families.
The population in 2017 of the wider area from Lockrose to Plainland to Summerholm was 9,380 which represents a 13% growth from 2012. Two thirds (65.3%) of the population is less than 50 years of age, and households with children make up almost half the population (46.7%). The average household size of 2.85 persons is above the Regional (2.65%), State (2.54%) and National (2.55%) averages.

Council is very aware of the local wildlife in the area of the park including koalas, wallabies, geckoes, birds and more and will minimise impacts wherever possible.

As per the concept designs, large portions of the site will be maintained as bushland, particularly but not limited to the southern half of the site. Tree clearing in other areas will be selective to provide necessary space for infrastructure without unnecessarily removing the natural wildlife habitats.

A thorough environmental inspection has been undertaken by an independent consultant and Council will manage disruption to natural habitats in accordance with all government requirements.

Council understands there is strong community interest in the development of a water park within this park or elsewhere in the region, and has considered various options.

The concept designs allow for water play areas that are consistent with limited water supply and water conservation. It is unlikely Council would build a large water park on this site due to both capital and ongoing operational and maintenance costs, however it may be possible for a commercial water park to be included in the future.